While the market has recovered impressively from its late-March low, it’s not too late to step into stocks if you missed out. Investors should take such a step very carefully, of course, as the sheer speed and…

distance of the advance has left some names vulnerable to profit taking. At the other end of the spectrum, though, some of the market’s most compelling names remain priced below their typical valuations.

To that end, here’s a rundown of three great value stocks that aren’t likely to stay this cheap for much longer. They may never be in a position to drive jaw-dropping growth, but even by slow-and-steady value standards their present prices don’t make much sense.

Despite its flaws, AT&T remains a cash cow

Investors concerned that AT&T (NYSE:T) has bitten off more than it can chew by acquiring Time Warner and recently jumping into the streaming game with HBO Max aren’t wrong to be concerned. The telecom giant is now in debt to the tune of $147 billion, and streaming video has become an intensely competitive market. There’s no assurance HBO Max is going to be a massive money-maker.

The market may have more than priced in an adequate amount of concern, however. AT&T shares are currently trading more than 20% below their November peak. Despite lots of debts and the big interest payments they require, AT&T remains a cash cow.

That’s not to suggest the company always moves fiscally forward. Last year’s total top line was up, for instance, but revenue has slipped on a year-over-year basis the past couple of reported quarters.

The company has reported positive annual net income since 2009, though, and it has increased its dividend payout for 36 consecutive years now. Priced at only 10.3 times this year’s expected earnings and less than 10 times next year’s projected bottom line, that reliably growing income makes AT&T stock a bargain that may be too good to pass up. 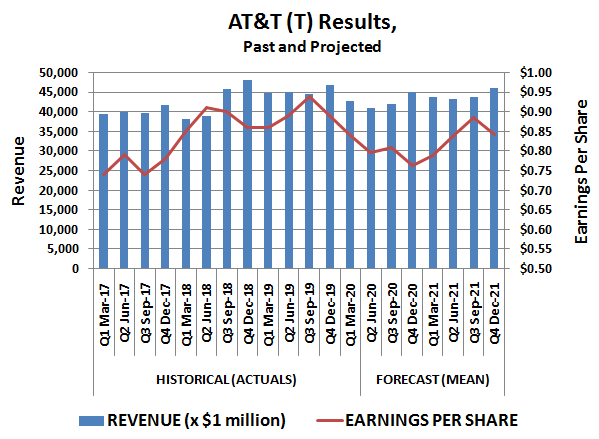 When CVS Health (NYSE:CVS) was just drugstore chain CVS, it rarely qualified as a value name. While retailing is low-growth, these names were usually given premium valuations more akin to growth stocks.

Much has changed since CVS acquired health insurer Aetna in 2018, though. Like most of its peers, Aetna was priced more like a value name, and the combined entity’s stock appears to reflect its insurer side more so than the retailing side of its revenue mix. Its current forward-looking price-to-earnings (P/E) ratio is a modest 9.9.

There’s an even better reason to own CVS Health than just its low price, however. This combination of a drugstore chain, health insurer, and pharmacy benefits management business just works.

The race to contain the burgeoning costs of healthcare has prompted some rather creative solutions. Case in point: JP Morgan, Amazon, and Berkshire Hathaway teamed up in 2018 to create what was eventually dubbed Haven, which is a way for each of those companies to curb their own costs of providing healthcare for their employees by handling some of that burden themselves.

None of these names are as well-versed or well-exposed within the healthcare sector as CVS Health itself is, however. Vertical mergers within the industry are how the greatest degree of cost abatement can be achieved, as all three arms of CVS Health are very familiar with how the other two work. They’ve been customers of — and partners with — one another for years. 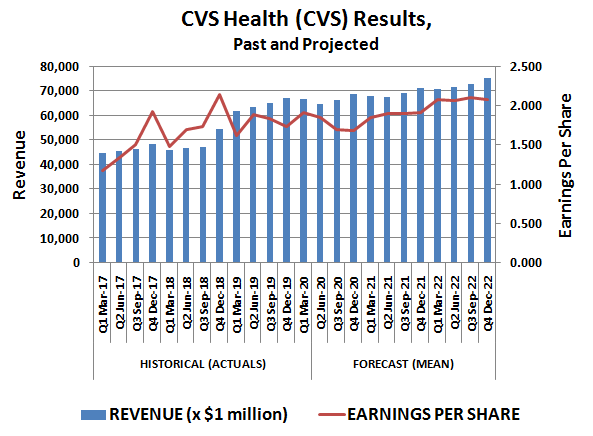 Alexion Pharmaceuticals is over the hump

That wasn’t a misprint or typo. A growth-seeking biopharma name in an industry where sky-high valuations are nothing unusual qualifies as a value stock. Its trailing P/E is a strangely low 11.3, while its forward-looking P/E based on next year’s earnings estimates is an even lower 9.9.

That valuation may not persist for much longer. Historically speaking, before the company started turning more consistent profits, P/E ratios of around…

← Dow Plunges 1,000 points, Heads for Worst Day Since April
5 Things to Do if the Market Drops Again →