These days it seems everyone is making money except for tech investors. The Nasdaq is flat for the year and fell into a 10% correction just a few days ago. A strong recovery in the last few days has many tech investors breathing a sigh of relief… 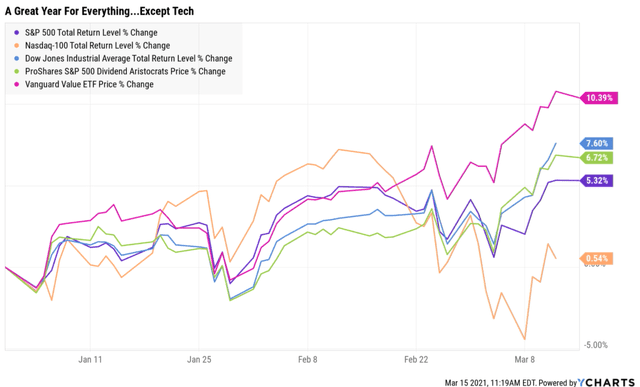 However, analysts at Ned Davis Research, and Societe Generale, are warning that the worst might not over for momentum investors.

Last week JPMorgan’s head of US equity strategy wanted that the recent rotation from growth to value may continue for some time.

This week that opinion got some backup from Ned David Research and Society Generale. 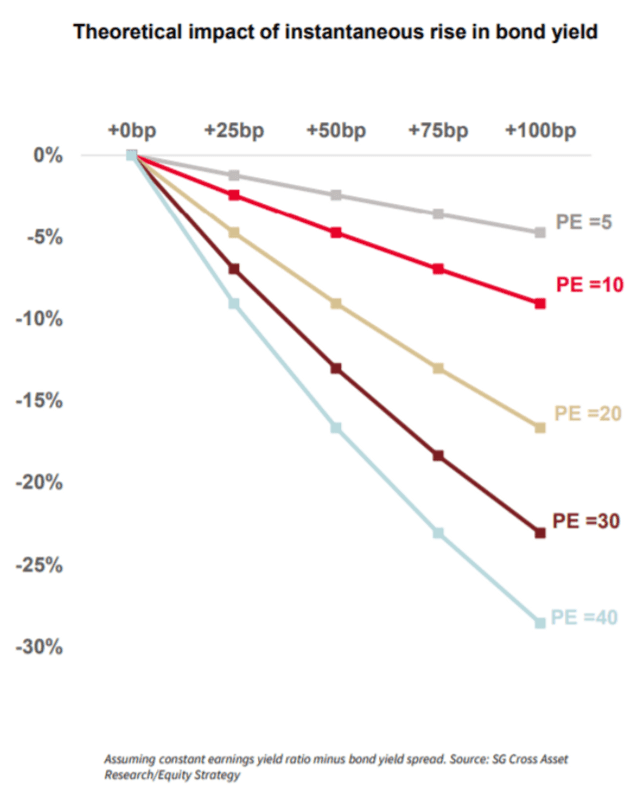 It should come as no surprise that when valuations get extreme, it doesn’t take much to pop the bubble and flip investor sentiment from greed to fear.

The Nasdaq’s PE ratio, depending on whether you’re using trailing or future estimates, and from what sources, ranged from 33 to 40 before the current correction began.

As you can see from Society General’s chart, a 1% increase in interest rates, particularly the 10-year yield, might trigger up to a 30% bear market if it happens very quickly.

However, before you panic and run screaming from all things tech and growth, it’s important to keep two things in mind.

Here’s an interesting study from Lipper Financial, a subsidiary of Reuters’./

LPL Research looked at major extended periods of rising rates dating back to the early 1960s.

We found 13 periods in which the 10-year Treasury yield rose by at least 1.5%, a move the current increase hasn’t even reached yet.

These rising-rate periods lasted between six months and almost five years, with the average a little over two years.

In fact, the average yearly gain for the index during the previous rising-rate periods, at 6.4%, is just a little lower than the historical average over the entire period of 7.1%, while rising rates have been particularly bullish for stocks since the mid-1990s. 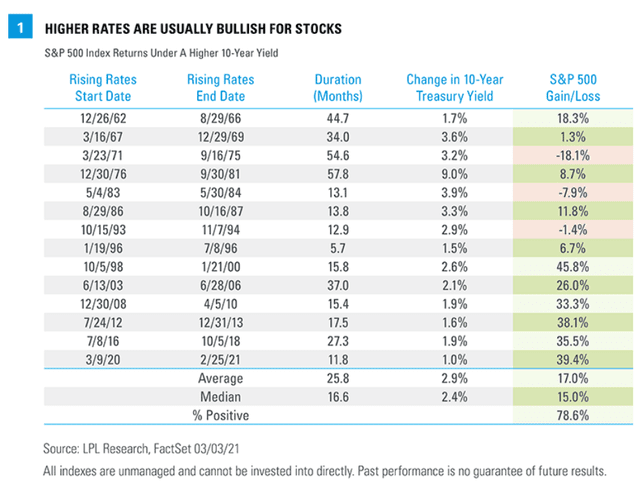 80% of the time 10-year yields are rising fast, stocks go up! Now, of course, we all know it’s a market of stocks and not a stock market.

The same day that can see one company fall 1% to 3% can see another soar by the same amount.

But doesn’t this mean that, if the Nasdaq were to collapse 25% simply due to soaring long-term rates and high valuations, that tech blue-chips like Amazon would be crushed?

Not necessarily. That’s because…