The S&P 500 may soon plunge 30%, potentially by the end of the year.  That’s due to a very real and obvious threat, that has nothing to do with the pandemic or economy, yet the market has thus far blissfully, and stupidly, ignored….

In this series, I’ve already covered the irrational but plausible reasons that the most irrational market bubble in history might continue for a bit longer.

I’ve also explained a very important and effective method for protecting your retirement portfolio from this dangerous mania and the painful correction that is coming eventually.

In part three of the “crazy bubble” series, I’ll explain why the S&P 500 (SPY) may soon plunge 30%, potentially by the end of the year.

That’s due to a very real and obvious threat, that has nothing to do with the pandemic or economy, yet the market has thus far blissfully, and stupidly, ignored.

But in just a few months it may not be able to, and conservative income investors need to be prepared for the potential return of not just market volatility, but outright market panic.

The worst pandemic in 100 years, the worst economy in 75 years, and a labor market that’s nothing short of a house of horrors are all things that the craziest stock market bubble in history has thus far ignored. 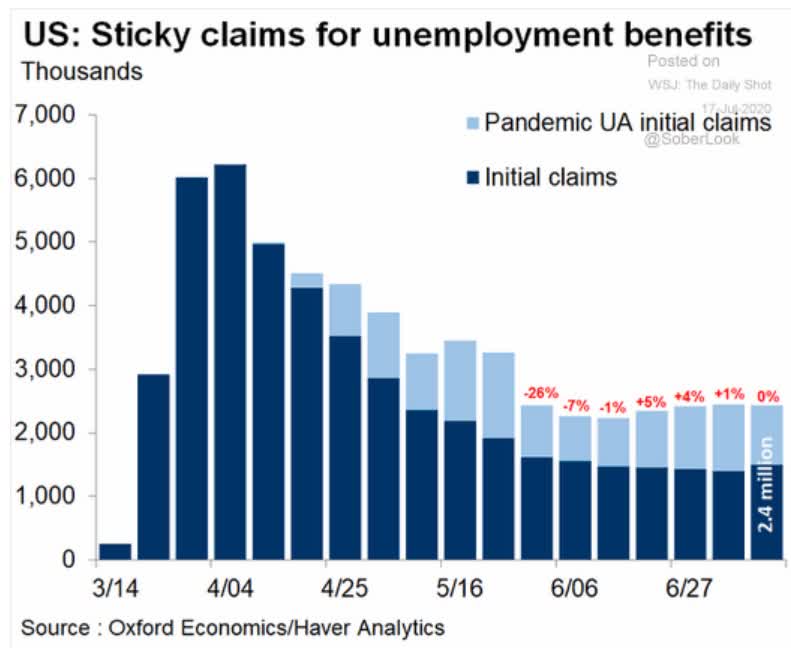 Never mind the fact that in the last month almost 10 million people have lost their jobs. 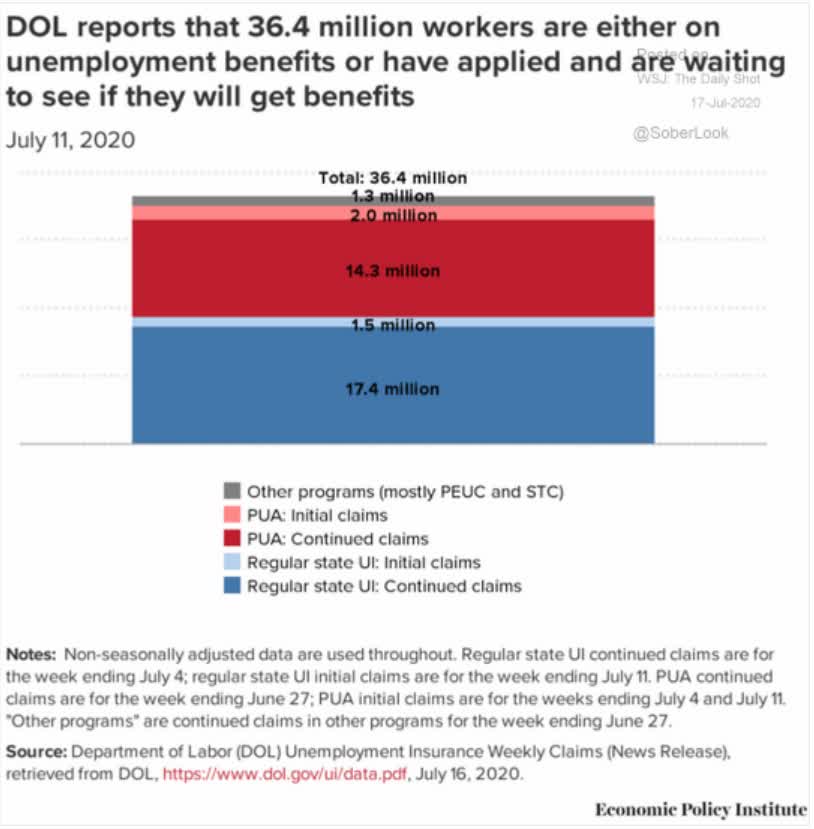 Never mind that 36.4 million Americans are currently unemployed, or 22.1% of the pre-pandemic workforce.

The most tech stock driven mania has ignored all of this, led by several irrational things and dangerous ideas such as

But there is one very real and obvious event risk that’s been staring us in the face for months now and is barreling towards us like a freight train. The 2020 elections are on November 3rd and right now objectively Joe Biden is the favorite to win. 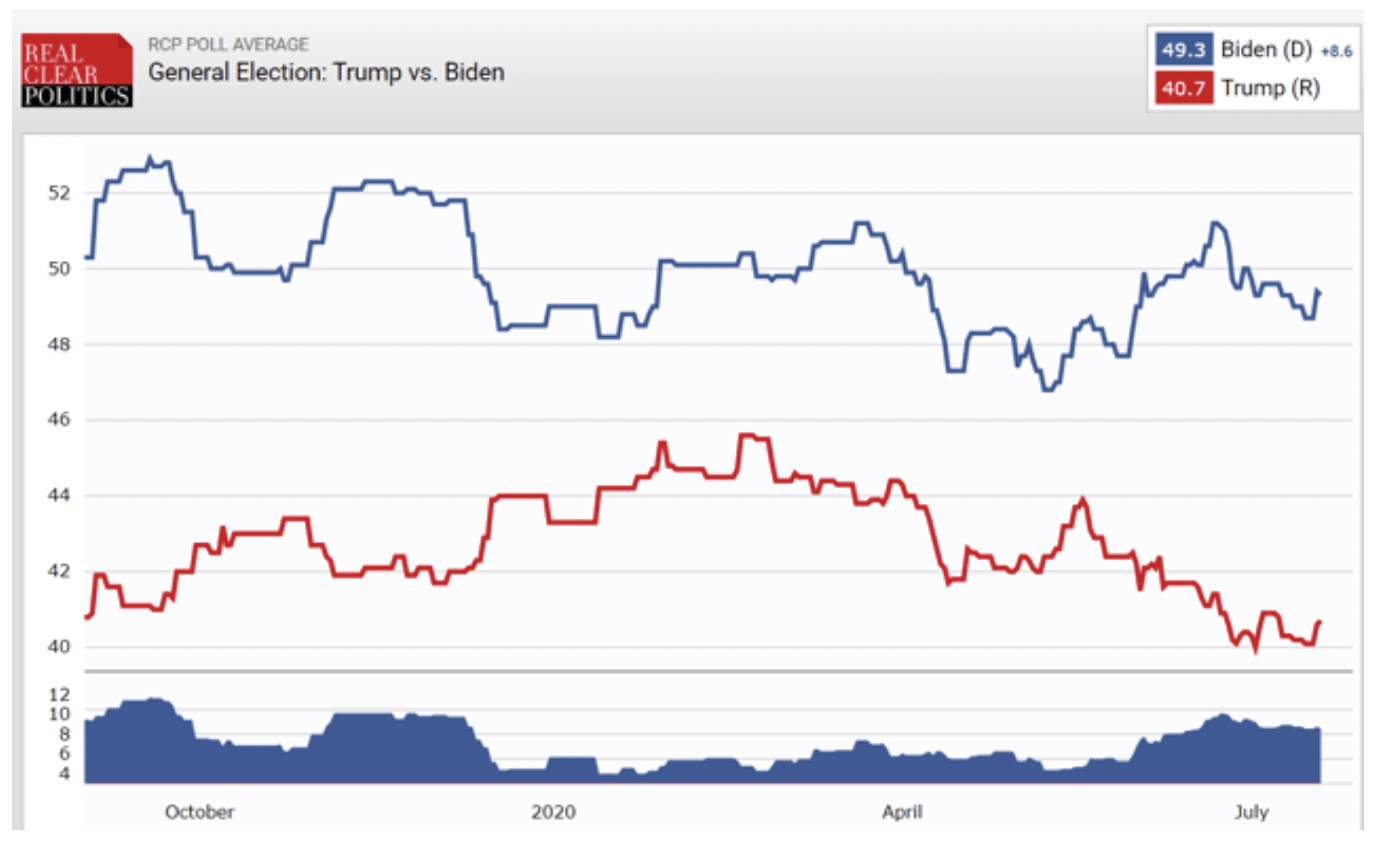 No, I’m not a rabid Trump supporter convinced that Joe Biden is a socialist and will destroy American capitalism. I’m a political independent who, as I’ll explain in the final article in this series NEVER buys or sells stocks for political reasons.

But there is an important reason that I’m paying attention to what the betting markets are saying is a 63% probability that Biden becomes the next president.

Biden leading by 9% in the national polls is not important, only the electoral college matters. 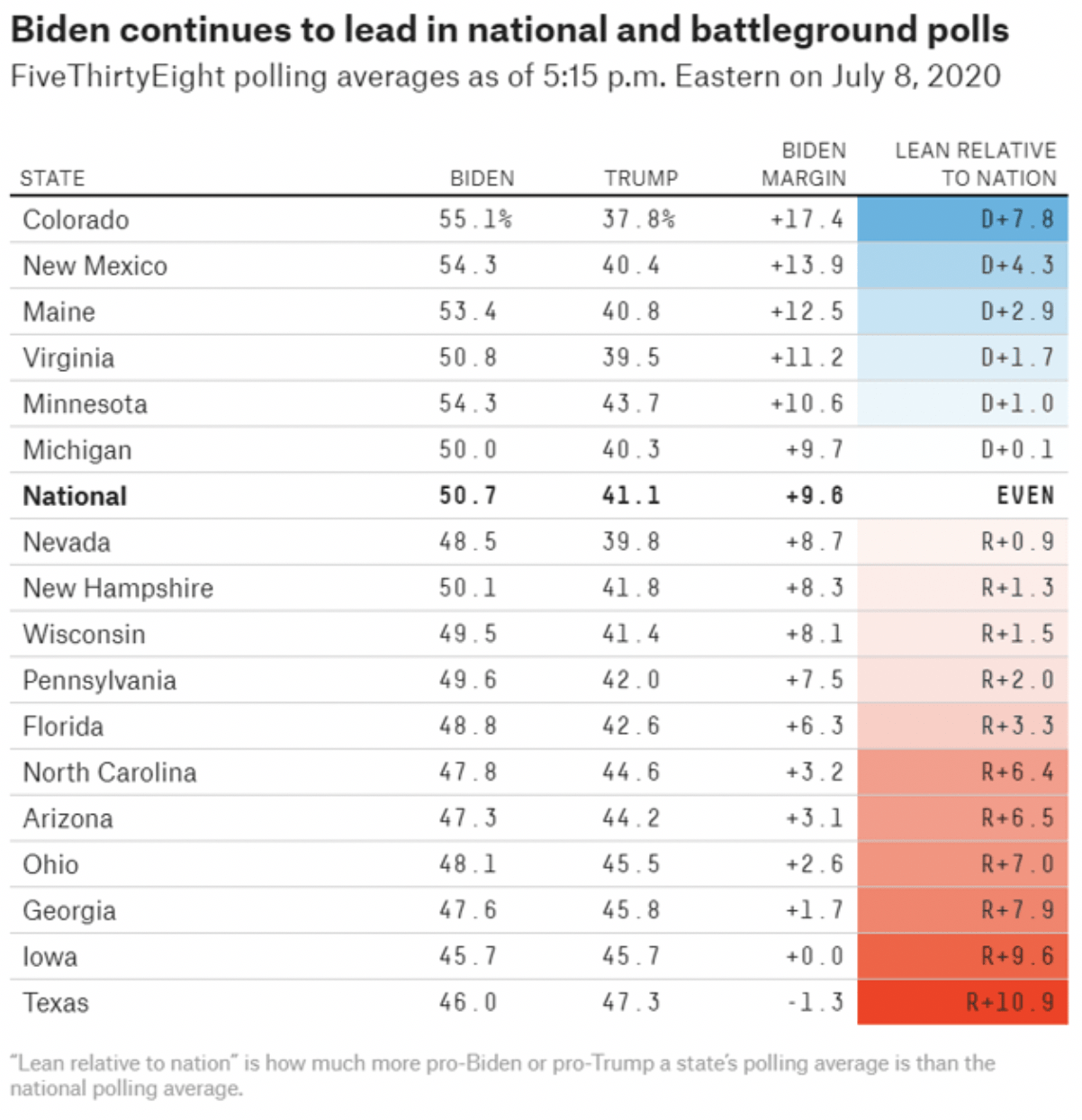 Currently, Biden is leading in every swing state and is tied with Trump in Iowa, and very close in Texas.

The Cook Political Report, one of the most respected non-partisan political analyst organizations, even considers Georgia a “toss-up” and polls show Biden leading Trump in one of the reddest states by a small amount.

This election is looking more like a Democratic tsunami than simply a Blue Wave. President Trump, mired in some of the lowest job approval ratings of his presidency, is trailing Biden by significant margins in key battleground states like Pennsylvania (8 points), Michigan (9 points), and Wisconsin (9 points). He’s even running behind Biden in his firewall states of Florida and North Carolina.” – Cook Political Report (emphasis added)

If the election were held today and the poll averages held true, Biden would…